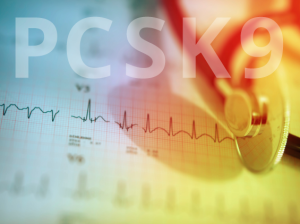 Researchers have uncovered an intriguing link between heart attack and a protein that is of great interest to drug companies because it’s known to significantly impact cholesterol levels. The team, led by Alexandre Stewart, PhD, of the University of Ottawa Heart Institute, found that levels of the protein PCSK9 were elevated in the blood of patients having an acute heart attack, but not in those who had never had a heart attack or who had recovered from one previously. The results were replicated in two separate patients groups.

Published on September 2 in the journal PLOS One, the findings point to an important question: “Are PCSK9 levels elevated shortly before you have a heart attack?” asked Dr. Stewart, principal investigator in the Ruddy Canadian Cardiovascular Genetics Centre. “If levels only go up after, that would suggest a side effect of the heart attack. But if they go up before, that suggests it might trigger the event, or make it worse. Right now, the cause or effect question is there and we don’t have the answer.”

The medical community and pharmaceutical companies have already shown considerable interest in PCSK9 for its effects on LDL cholesterol. PCSK9 increases levels of LDL, the “bad” cholesterol, in the bloodstream by reducing the ability of liver cells to remove and destroy it. Research indicates that blocking the effects of PCSK9 may offer a new way to substantially lower LDL cholesterol.

Several pharmaceutical companies have invested heavily in drugs to block PCSK9. The potential market is estimated to be in the billions of dollars because they lower cholesterol in a manner that is independent of the widely prescribed statin drugs. In early clinical trials, these new drugs have proved to be effective in reducing LDL cholesterol levels. Various stage 3 trials are planned or under way.

Previous research has shown that people with genetic variations causing lower-than-normal levels of PCSK9 have a substantially reduced risk of heart attack—up to nearly 90 per cent lower than normal. This is significantly more of a reduction than would be expected if the protein only affected LDL cholesterol levels.

Other studies have shown that people with severe gum disease have elevated PCSK9 levels, a relevant fact because gum disease is associated with an increased risk of heart attack. High PCSK9 levels are also associated with infection and with sepsis. Here again, explained Dr. Stewart, the risk of heart attack is increased in people with an acute infection.

“If elevated plasma PCSK9 carries risk beyond its effect on LDL, there may be an additional benefit to lowering plasma PCSK9 in individuals treated with statins,” said the authors in the study. “I think that lowering PCSK9 is probably a good thing,” added Dr. Stewart. “But when you develop drugs, it’s important to know everything they might do.”

“The burning question is: Whether PCSK9 levels are elevated shortly before or as a consequence of a heart attack?” he concluded.

The ideal study to answer this question would be to take a first sample from patients immediately after admission to the hospital and then again every few hours for days afterward to see whether levels taper off or continue to rise. Such a study would be difficult to do in Canada because the standard of care is to start heart attack patients on statins immediately after admission and the statin therapy would interfere with PCSK9 measurements.

Fortunately, a similar clinical trial is under way in Europe, and the results may help clarify the relationship of PCSK9 to heart attack, whether it proves to be a trigger or a result.

[This posting is an adaptation of an article that originally appeared in The Beat.]

By University of Ottawa Heart Institute in Cardiovascular on November 5, 2014.
← Elbow Pain and Injuries in Children Thoracic Surgeon Working to Improve Patient Wait Times →
%d bloggers like this: